A Good Story From Sugarless deLite 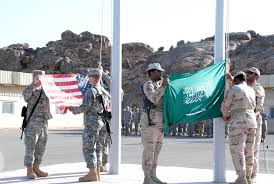 We got a mail order for a couple of Cheesecakes on Wednesday. I noted that the customer had ordered before and had received a Strawberry Cheesecake. It makes us feel good when we see a customer orders again. It is like a great pat on the back.
The more that I looked at the first order made me more confused. The first cheesecake had been sent to an “APO’. APO’s are used for military addresses that are for our fighting women and men overseas.
I couldn’t really place the order in my head but it became clearer with a call that I received. The 2 cheesecake ordered today was going to the same person that had order from overseas. This American hero is home on leave from Saudi Arabia and wanted more cheesecake.
I said to him that I did not realize that the first Cheesecake that he ordered was going all the way to the Middle East but when ordering it he could not tell us his location due to security concerns .
So, I asked him “How long did it take to get there?”
He said, it took a little over a week.
I, then, asked him was it still chilled when it arrived and he said that it was.
I said to him darn from Richardson Texas to Saudi Arabia and still good .
He said
“No Sir, It was great. I tore into that and ate every bite”
Thank you for being our customer and thank you for your service from all Americans.
Specials
April 23 to April 28
#1 Buy 8 large yogurts for $27.99
#2 If the Rangers win on Sunday, ask for the Ranger Win special on Monday and get a free small yogurt.
#3 Yogurt club members get a free Medium yogurt on Wednedsday
#4 Add $50 to your yogurt card and get a $5 bonus and a free large yogurt. Total add on for $50 is $55
#5 Cone day. Get one cone or small on Friday for $2 plus tax. Limit one